November 19, 2007
A real 'story' as told by a close friend:
"Vani was in her early thirties when I first met her in a Mumbai local sometime in the late ‘70’s. She never talked much but her helping tendency was obvious. She boarded the train at the starting point and always found a seat. Instead of sitting through the hour-long journey, she would offer her seat – a luxury - to another lady.

My acquaintance too began this way – a few pleasantries exchanged over the train’s din. After a couple of months, she was not at her usual seat. Everyone presumed that she was on leave. In the busy buzz of the Mumbai life, no one thought twice about her till she came back after nearly 4 months. None of us could recognize her. She had lost weight, her cheeks were sunken, eyes lifeless, and to top it all, she had an almost bald head.
Out came the rude shock that she had been diagnosed with breast cancer and had to undergo radiation therapy. She hoped that she had won over the disease, but even before she regained her lost strength, it was found that the cancer had spread to the other breast, and the therapy was repeated. Left with no choice, she gave up her job. Her children were 8 and 10 years old.
We all wished her well and I did not see her after that. I had moved out of Mumbai after my marriage; slowly, memories also faded away.

Sometime in 2001, while at the lobby of Panchajanyam - a guest house run by Guruvayur Devaswom Board - a lady by my side enquired if I was from Mumbai. When I said yes, she introduced herself as - Vani. I just could not believe my eyes. She then narrated her story of survival.

After resigning her job, she went through the usual process of radiation and chemotherapy. More than the treatment, the side-effects were unbearable. The family bore suffering for a year; then her husband decided that they would move back home in Kottayam, Kerala. There she underwent Ayurvedic therapy, but to no avail.

Slowly her whole body was engulfed by cancer and she was almost bed-ridden. Her one wish was to visit Guruvayur. If she didn’t make it, her son’s wedding was to be conducted there. Slowly she lapsed into a coma.
No-one knows how the topic came about, but her mother and mother-in-law sat on either side of her and continued to chant Vishnu Sahasranamam (1000 names of Lord Vishnu). They continued with faith and fervour for 7 days and nights. When they needed a break, someone else would take over. Vani slowly regained her consciousness and became aware of sights and sounds, and the intensity of their prayer. She also joined in, and continuously for a year their house reverberated with the chanting.

Today I believe, she is somewhere in Dubai with her daughter, spreading the message of her recovery and helping others as usual."
QED

i appreciate that you have some thoughts to share, and are taking the effort to do so.

Popular posts from this blog 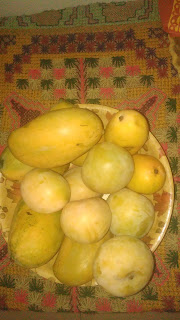 Sites that interest me